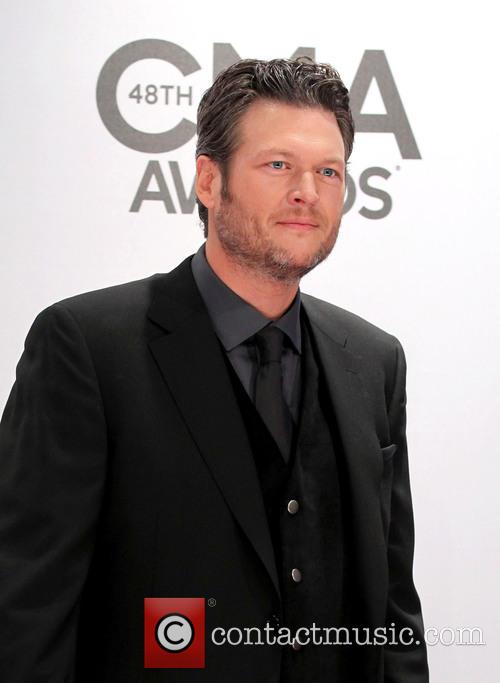 About 20 minutes before the CMAs started, a show which fellow country star Lambert also attended, Shelton’s publicist released a short statement to Us Weekly saying: “Blake and Gwen work together and are both single and have recently started dating.” Intriguing timing, leading some onlookers to declare it an attempt to ‘win the break-up’ by Shelton.

It came just a few days after Shelton and Stefani were spotted at a Halloween party cosying up to each other, according to E! Online.

Shelton had said a couple of weeks ago that he was anticipating a number of jokes from the CMA hosts Brad Paisley and Carrie Underwood about his divorce. However, in the event they went fairly easy on the topic, with one reference to the “break-up that really rocked our world” leading to a joke about Miss Piggy and Kermit the Frog instead. In the awards ceremony itself, things went rather better for Lambert than they did for Shelton. He lost out on the Male Vocalist of the Year trophy for the first time in six years to Chris Stapleton, while Lambert won the Female Vocalist award. She kept her acceptance speech short and dignified, saying: “I needed a bright spot this year, so thank you.”

More: Blake Shelton talks about life after his divorce from Miranda Lambert