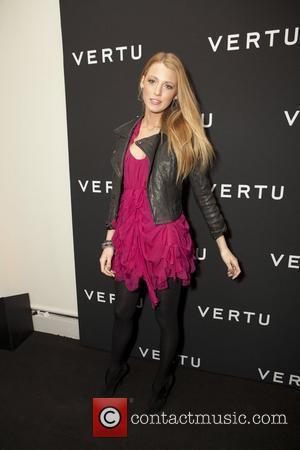 Actress Blake Lively showed she's still on good terms with ex-boyfriend Penn Badgley on Monday (01Nov10) - by presenting her Gossip Girl co-star with a birthday cake on set in New York.
The couple, who play on/off lovers in the hit TV show, ended their three-year relationship in September (10).
But budding chef Lively has brushed aside any rumours of a bitter split after baking her former beau a cake to celebrate his 24th birthday on Monday.
A source tells JustJared.com, "Blake made Penn a birthday cake and she gave it to him on set. He was really touched even though they broke up. They're still very friendly on set!"