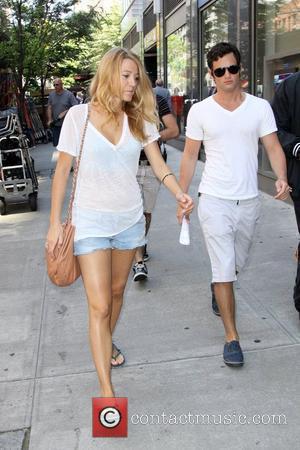 GOSSIP GIRL actress Blake Lively was so dead set against co-starring with boyfriend Penn Badgley in the hit TV series, she "poisoned" their castmates against the actor after he landed his role.
The couple, former childhood classmates, has shared the small screen since the TV drama made its U.S. debut in 2007, but the blonde beauty admits she wasn't always a big supporter of her real-life leading man, after learning he had won over her new bosses and was trailing her acting career.
She tells Britain's Glamour magazine, "At first I was so upset that they hired him. I actually poisoned the whole cast against him. But then they noticed that he wasn't a jerk and was actually a really nice, charming person.
"Almost immediately I realised that too, but it took me about a week to admit it."