'Gossip Girl' star Blake Lively claims she has only kissed three people in her entire life. 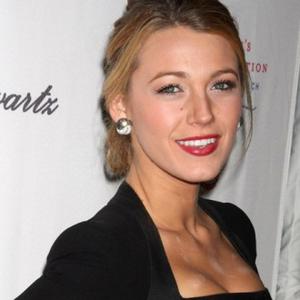 Blake Lively has only kissed three people in her life.

The 23-year-old actress - who is dating her 'Gossip Girl' co-star Penn Badley - claims she is a shy girl and apart from her on screen smooches she has only locked lips with a trio of boyfriends.

She said: "It's like nature versus nurture. I'm naturally very shy, but I was brought up in a way where I had to get up and get out of that.

"I've kissed just three people in my life, other than stuff I've done for TV or movies. I know, I'm weird!

"I hope Brad Pitt doesn't hear this. He's never going to want to marry me."

Despite the controversial storylines which are featured on 'Gossip Girl', the blonde beauty is acutely aware she is a role model to her impressionable fans and actively tries to show the differences between her fashionista character Serena van der Woodsen and herself.

She said: "Am I aware I am a role model? Yeah, I think you have to, especially on a show that has scandalous storylines like ours does.

"It's important to show the differences between reality and what we're representing, but you also see a lot of repercussions for the characters' actions, which is important to us."