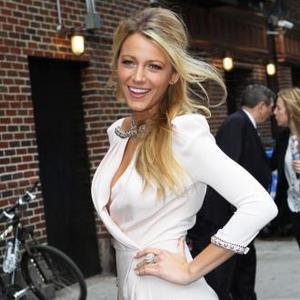 She said: ''They were very intense and very scary and we shot them on the first day and I mean if you don't feel comfortable with a person after that it's going to be a long road. It was lucky that we got to do that first ultimately because we really bonded.''

Blake admits the movie - which tells the story of marijuana growers Chon (Taylor) and Ben (Aaron) battling a Mexican drug cartel who have kidnapped their shared girlfriend O (Blake) - has some frightening scenes, but she found it an ''exciting challenge'' to film.

She added to HollywoodLife: ''The content is something that's really scary, you know especially someone who's so close with their family and has a very young audience. But to do something this violent, this graphic, this racy is something that's scary but also it was such an exciting challenge.

''When you hear these people and hear that it's their real life story, it gives you such a responsibility to do it well and do it right.''