Anyone else wish they had Blake's stylist?

Can we just take a moment to appreciate how incredibly gorgeous Blake Lively is? They say that pregnant women are 'glowing' when they look especially stunning, but the 'Cafe Society' actress was positively luminescent in blue Versace at Cannes Film Festival over the weekend (May 14th 2016). 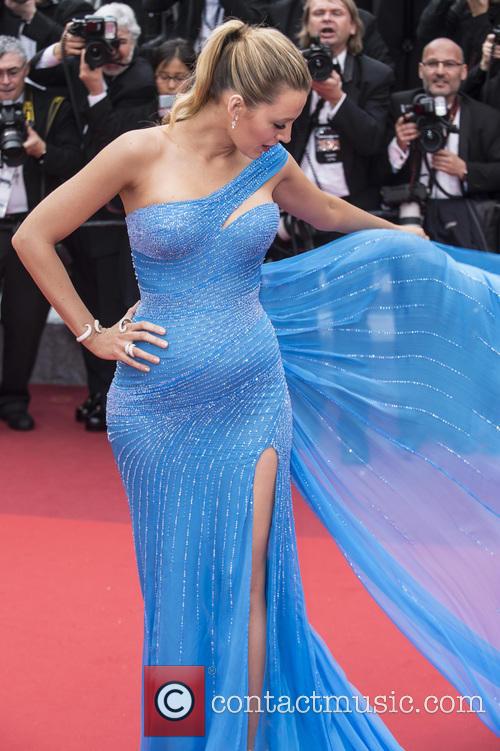 It's true, Blake has killed it with every look she's taken to the red carpet since Cannes began last week; that voluminous baby blue Vivienne Westwood number with all the frills, her glittering dusky pink Atelier Versace gown, her gold velvet Valentino piece, and not to mention her 'Cafe Society' red carpet red hot jumpsuit by Juan Carlos Obando. If anyone proves that maternity wear doesn't have to be limiting, it's Blake Lively.

However, she's gone one step further by embodying the Queen Elsa that lies within all of us as she revisited Atelier Versace in an azure blue, sequin embellished, form-fitting gown with a train that skimmed yards behind her and a long slit that revealed a lot of toned leg and some frankly sensational silver footwear.

Make-up was minimal and her hair was scooped into an elegant ponytail, while her early baby bump was proudly displayed under the figure-hugging material. It was revealed last month that she and her husband of three years Ryan Reynolds were expecting their second child together, having welcomed their daughter James into the world in December 2014.

Blake is appearing at Cannes Film Festival to support her new film 'Cafe Society'; a romantic drama set in the 1930s that has been directed by Woody Allen and also stars Kristen Stewart, Jesse Eisenberg and Steve Carell. We we also see the actress in two upcoming thrillers over the next few months; Marc Forster's 'All I See Is You' with Jason Clarke from 'Terminator Genisys' and killer shark horror 'The Shallows' with Óscar Jaenada.

'Cafe Society' will be officially released in the US on July 15th 2016.