Blake Lively was surprised to find her male co-stars Taylor Kitsch and Aaron Taylor-Johnson naked for their group sex scene on the set of 'Savages'. 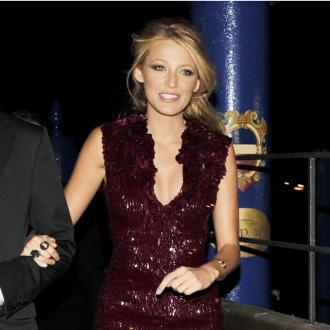 Blake Lively was surprised to find Taylor Kitsch and Aaron Taylor-Johnson naked on the set of 'Savages'.

The actress stars as Ophelia 'O' Sage in the film - the shared girlfriend of characters Chon (Taylor) and Ben (Aaron) - and in one scene has sex with both guys at the same time, but unusually it was the men who had to bare all, rather than her.

''It's scary but the other sex scenes were even scarier, because when you are not doing nudity you just assume that the boys aren't either, because it's normally the woman that's naked. But in this movie you show up and the boys are naked! Which was actually a refreshing thing. But they did look very handsome.

''That scene was important though, to see these three people coming together and connecting, loving each other equally. It wasn't about 'two boys and me'.''

Blake accepts the trio's relationship is unconventional, but doesn't believe a three-way romance can work in modern society.

The 25-year-old star - who recently married Ryan Reynolds in a secret ceremony in South Carolina - told OK! magazine: ''We looked at the script and said, 'How can this happen?' If it could happen, it would have happened much more often.

''You look to the 60s and there was that free love, that openness that was much more present than it is now. It's far beyond sex. It's about love and these are people that have everything that they could ever want, and absolutely nothing that they need.''