Blake Lively insists she as few friends that are actors, just those she has worked with for lengthy periods of time. 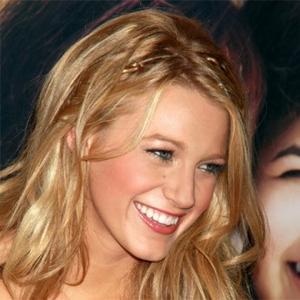 Blake Lively doesn't like hanging out with other actors.

The 'Gossip Girl' star isn't comfortable in the world of celebrity - despite dating co-star Penn Badgley - and doesn't "collect" friends.

She said: "You know, I don't have many friends that are actors, the ones I do have are people I've worked on films with for months. I don't go around collecting people for my BlackBerry because I want to have phone friends."

The 22-year-old beauty also admitted she doesn't know how long she will play Serena van der Woodsen in 'Gossip Girl' - which is about to begin transmitting its fourth season - and plans to make "risky" career choices.

She said: "We have six-year contracts but who knows how long TV shows ever run. They don't always go the full-term contracted. We're in season four."

Discussing her decision to work on upcoming Ben Affleck film 'The Town', she added to Marie Claire magazine: "I'm on a very commercial show so the last thing I want to do is a commercial movie. I wanna take risks. I don't wanna play it safe. I mean, I could probably make more money if I did more commercial projects.