Blake Lively has tied the knot to Ryan Reynolds in an intimate ceremony at Hall Plantation in Mt. Pleasant, South Carolina on Sunday (09.09.12). 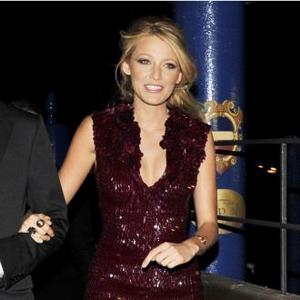 Blake Lively has tied the knot to Ryan Reynolds.

The couple - who met while filming 'The Green Lantern' - got married in an intimate ceremony at Hall Plantation in Mt. Pleasant, South Carolina on Sunday (09.09.12), and singer Florence Welch performed three songs for the pair and their guests at the reception, which took place in a white marquee on the plantation, People reports.

Ryan - who was previously married to Scarlett Johansson - has been with Blake, who used to date actor Leonardo Dicaprio and her 'Gossip Girl' co-star Penn Badgley, since last year.

And for future birthday presents Ryan might like to bear in mind that the blonde beauty is not a fan of wearing ''boxy'' clothes.

She told Britain's Marie Claire magazine: ''I've got curves, so I avoid anything boxy. If it grabs at the chest and hips and is loose in the middle, I look like a big square. I see people that are really long and then and they look beautiful in this style, but on me it's a big no. I like to wear things that nip in at the waist for a more feminine vibe.''