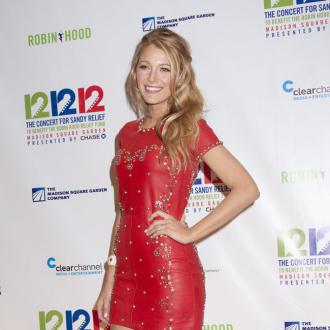 The 'Gossip Girl' star, Halle Berry and Zoe Saldana are just three of the famous faces to have signed up to appear in the fashion giant's new viral video to raise funds and awareness of women's issues globally.

Katy Perry, Jada Pinkett Smith, Freida Pinto and Olivia Wilde also feature in the new video, which showcases the importance of education, health and justice - ''three of the most powerful tools a woman can have to help change the world''.

Beyoncé recently explained: ''Our goal is to call for change for girls and women in the loudest voice possible.''

The Italian fashion house are making a name for themselves with their charitable work of late, also unveiling the new Gucci Timepieces and Jewellery's UK Music Fund project earlier this month.