No time to rest for this mother of two.

Blake Lively may have only just left hospital following the birth of her second child, but that didn't stop her from turning up to her assistant's wedding at the weekend to celebrate the bride's nuptials. The actress posted a candid snap from the event on her Instagram page. 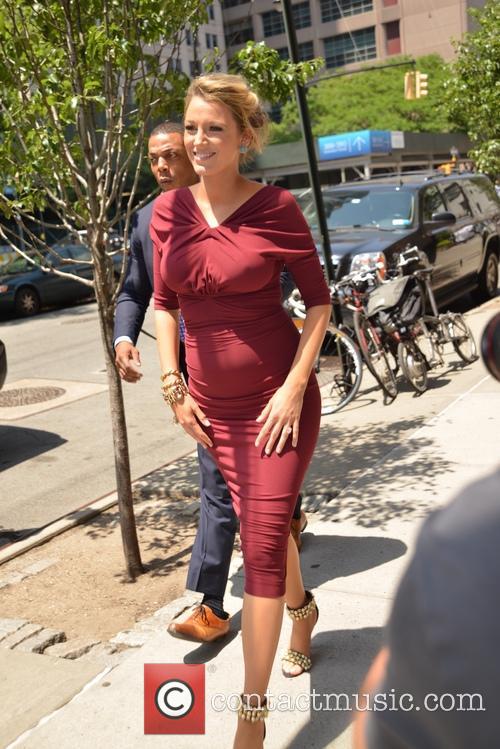 'The Shallows' star made sure she was there to celebrate her assistant Jessica Snyder's marriage on Sunday (October 2nd 2016), despite the fact that she and husband Ryan Renolds had literally only just welcomed their second child into the world earlier in the week.

Lively wore a black Chanel coat in her Instagram photo, while tenderly clutching the beautiful bride around the shoulders and planting a loving kiss on her cheek. 'Most beautiful bride on the planet. And the best friend I could ask for', she captioned the image. 'Thank you for being EVERYTHING. I love you.'

It was reported on Friday (September 30th 2016) that Lively had given birth to her second baby, the brother or sister to nearly 2-year-old daughter James. According to Us Magazine, both Blake's sister Robyn and celebrity pal Taylor Swift had been to see her in hospital.

Most beautiful bride on the planet. And the best friend I could ask for. @jessicarose617 thank you for being EVERYTHING. I love you. ????????

The couple have so far managed to keep schtum about the gender of the new arrival and, indeed, his or her name. Given the unusual move of giving their first daughter a traditionally masculine name, you can be assurred that the moniker they pick for their new baby will be similarly unconventional.

'In the spectrum of weird celebrity baby names, I feel like we're not really breaking any new ground here', Ryan Reynolds said regarding daughter James on 'Good Morning America'. 'I mean, I didn't call her Summer Squash Meadowlark, or something.'

Plus, expect that baby two is not the end of this couple's family mission, because they're aiming for a larger brood. 'I'm one of five kids. My husband is one of four, so we're officially breeders', Lively said on the 'Today' show back in June. 'You can go on our website and we will give you some of our children.'