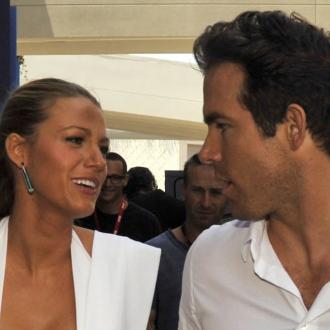 The 'Gossip Girl' actress - who married actor Ryan Reynolds in a surprise ceremony in Mount Pleasant, South Carolina, last month - collaborated directly with Marchesa designer Georgina Chapman to ensure she walked down the aisle in her dream dress.

Georgina, who owns the brand with Keren Craig, told USMagazine.com: ''Blake has such an innate style. I've worked with her so many times and know her so well.''

The blonde 'Savages' star - who is well known for her love of fashion - wore a custom-made beaded gown featuring a silk tulle bodice and rose-gold embroidery.

The Marchesa designer praised the 25-year-old actress's sense of style, and said she ''has a very clean sense of fashion . . .she was very involved.''

Another source said Blake ''was a creative bride with a clear vision of what she wanted.''

Georgina said she enjoyed working with Blake on her dress and said she looked ''very gorgeous'' as she exchanged vows with her 'Green Lantern' star beau of one year at Boone Hall Plantation and Gardens.

She said: ''We're friends. It was wonderful to spend time with her.''

Pictures and more details from the couples wedding are set to appear in the December issue of Martha Stewart Weddings magazine.

At their ceremony Ryan and Blake recited vows they had written themselves.

A source explained: ''They promised to support and love each other and to make each other laugh.

''Ryan said he would treasure Blake; she said she would adore him. The whole time they were beaming.''

The happy couple and their guests were entertained by Florence + the Machine singer Florence Welsh who performed a rendition of 'Somewhere Over The Rainbow' at the reception.