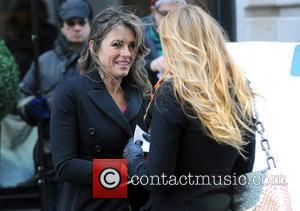 The American actress Blake Lively has been announced as the face of Gucci's new feminine fragrance, Gucci Premiere, Hollywood Reporter revealed today. To mark the new appointment, Lively has already been made the feature of an advertising film, directed by Nicolas Winding Refn, of 'Drive' fame. Gucci's Creative Director, Frida Giannini, said "In conceiving this fragrance, I was inspired by timeless Hollywood glamour and the iconic leading ladies of Hollywood's golden era. Blake's unique style and charisma brings that allure to life in a very contemporary way."
Blake had some gushing words of praise to share about the collaboration, too and said "It is a pleasure to collaborate with Frida Giannini. I admire the qualities of the Gucci Premiere woman and feel honored to represent the fragrance." A print campaign for the new perfume has already been conceived and shot by top photography team Mert and Marcus. Nicolas Winding Refn was awarded the best director award at Cannes Film Festival last year. The commercial that he has filmed for Gucci, starring Blake, will be aired at the Venice Film Festival on September 1, 2012.
Previous Hollywood stars to have been adopted by Gucci include Evan Rachel Wood, Chris Evans and James Franco. Blake Lively will soon be appearing in cinemas in Oliver Stone's new movie, Savages, alongside Aaron Johnson and TAYLOR KITSCH.