Blake Lively and Ryan Reynolds reportedly welcomed their first child together just before the new year. 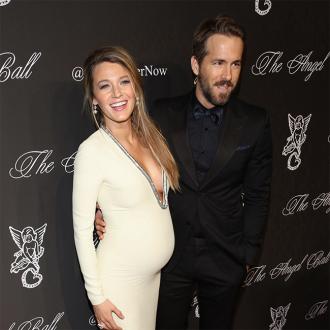 Blake Lively has given birth.

The 27-year-old actress - who married Ryan Reynolds in September 2012 - reportedly gave birth to their first child just before the new year.

The baby was born near the couple's home in Bedford, New York and had arrived earlier than expected but is said to be healthy and doing well, the New York Post's Page Six column reports.

A source added to Us Weekly: ''The baby came early but everyone is happy and healthy. The Bedford house is all prepared. They're going to stay up there for the baby's first days.''

Previously, a source revealed that the couple were keen to keep the gender of their imminent arrival a ''surprise''.

The insider shared: ''Blake and Ryan aren't finding out what they're having. They want to be surprised!''

A report also claimed that the 'Gossip Girl' star and her 38-year-old husband wanted their little one having a ''normal childhood'' away from Hollywood.

A source said previously: ''They both have talked a lot about raising the baby out of LA and giving their kids a normal childhood. Playing outside, having a puppy, catching lightning bugs ... they want their kids to experience all of that.''

And Ryan was on hand throughout the whole pregnancy to ensure his wife was comfortable by offering her constant back rubs, according to a source.

The insider added: ''Ryan is being such a sweet hubby, he's giving her foot and back rubs constantly! He jokes that she doesn't even have to ask anymore, he just automatically does it.''