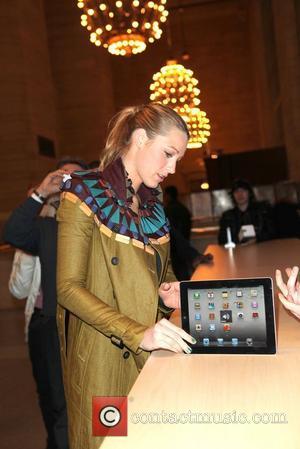 Blake Lively and Ryan Reynolds appear to be taking things to the next level, after being snapped on their third date in New York City. The Hollywood pair were photographed enjoying an intimate getaway break in the Connecticut town of Ridgefield last week, according to the UK's Daily Mail.
Rumors first began to circulate after they were spotted trying to escape the cameras at a secluded bed and breakfast hotel in Utah. This week, the pair seemed happy enough to go public with their alleged relationship as they strolled around New York and grabbed coffee. Braving the East Coast weather, the couple wore matching hats and color coordinated grey and blue outfits and although it is not clear where the duo were heading, the New York Post reports that they are reportedly looking for an apartment in the city. The latest sighting comes after US Weekly reported that Reynold's ex-girlfriend Scarlett Johansson was unhappy at the blossoming romance, with a source revealing, "Scarlett is p*ssed that he's not under her spell anymore.Ryan would have gotten back with her. He was so totally in love, but then she flaunted Sean right after their split, and he was done". Johansson reportedly began a short-lived relationship with Oscar-winning actor Sean Penn earlier this year.
Scarlett and Ryan first began dating in 2007, announcing their engagement one year later. They were married in a quiet ceremony in Tofino, British Columbia, in September 2008 and purchased a house together in Los Angeles. However, Reynolds divorced in December 2010 and their marriage officially ended in July this year.