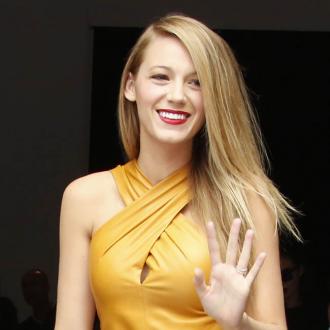 The couple, who welcomed a baby girl into the world in December, were spotted on a rare dinner date at The Inn at Pound Ridge restaurant in upstate New York on Sunday night (15.02.15), just one day after Valentine's Day.

A source said the duo, who are regulars at the upscale farm-to-table eatery, were ''super lovely dovey'' and they sat side-by-side at an L-shaped banquet table in the main dining room.

The insider told PEOPLE.com they were both dressed casually for the occasion. The 'Deadpool' actor, 38, wore a T-shirt and newsboy hat, while the blonde beauty was wrapped up in a scarf.

The heartthrob and his 27-year-old wife, who got married in 2012, later returned home to their new baby in their Tesla.

Ryan recently admitted that he is more in love with former 'Gossip Girl' star Blake than ever since she gave birth to their first child.

He said: ''I'm not one for vomiting declarations of sentiment out across the airwaves, but when we had that baby, I fell more in love with my wife than I'd ever been in my entire life. I couldn't even believe it.''