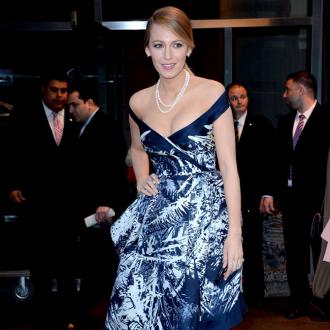 The celebrity duo welcomed their first child, James, four months ago and Blake, 27, has revealed they are squabbling over their daughter's first word.

Blake recently confessed Ryan is such a hands-on dad that he constantly smells ''like poop''.

She said: ''He just smells like poop...he's in full diaper duty. He likes the big ones, because they're easier, so her diapers are like up to her chest.''

She joked: ''I think she looks like her daddy. I want a maternity test!''

What's more, Blake said nothing about her family life has been a ''sacrifice''.

She explained: ''Being a parent is both exhausting and all-consuming but it is the greatest gift in the world. I never feel as though I am giving up anything being a young mother - there's no sacrifice. I feel like I've won the lottery. The only thing I am giving up is sleep.''