Blake Lively Describes Motherhood As "Like Living With A Drug Addict"

Blake is back on our screens in ‘The Age of Adaline’, but her daughter James is what’s really keeping her busy.

She might be starring in The Age of Adaline on the big screen but Blake Lively’s most important role in recent months has been as a mother, to her five month old daughter James. The 27 year old actress has been speaking about the demands of motherhood as she promotes her new movie, comparing it to ‘living with a drug addict’ as you’re faced with the ‘constant unexpected’. 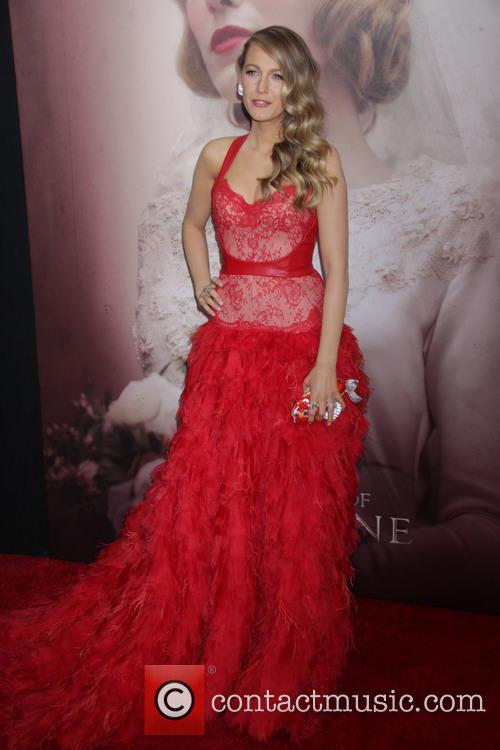 Blake is a new mom to daughter James with husband Ryan Reynolds.

“But you have a baby and you think, 'I can't imagine ever not having a baby,' because they grow up so quickly. I'd be an 80-year-old woman with a baby if I could,” she added.

Lively can currently be seen in the The Age of Adaline, where she plays a woman born in 1908 who after a freak car accident aged 29, never ages. The actress is proud of her work on the film and has earned praise from critics, something which she didn't often feel when working on ‘Gossip Girl’ for six seasons.

The actress described how she felt that due to the show’s show's rigorous production schedule, it became less about the content towards the end of its run in 2012. ”If it was about the content they wouldn't hand us our script pages minutes before shooting,” Lively said.

"You're part of this machine — this pop culture phenomenon — but as an actor, the quality of your work is definitely compromised because of that. When I finished the last season, I didn't feel good at it anymore. I didn't feel stimulated. It had become muscle memory, but not good muscle memory — like bad-habit muscle memory.”

But now Lively is ready to prove herself as an actress and she'll soon be taking on another challenging role, as  a woman who regains her vision after years of being blind, in an as-yet-untitled film from World War Z director Marc Forster.