Blair Jollands - Carve It Up

Following the release of the free-to-download 'My Way Home' off his untitled upcoming album, Blair Jollands has released the music video for his new song, 'Carve it Up'. The song was released in late June, 2014.

'Carve it Up' releases a paradoxically haunting and heart-warming feeling upon the listener, creating a great track which perfectly suits the simple, yet creative music video. The video features scenes of Jollands walking, guitar in hand, through park lanes and forests. The scenery is so blatantly the English countryside, that it contributes heavily to the freshness of this New Zealand born, London based singer/songwriter.

Jollands told us about the upcoming album in an interview earlier this year: "It's basically my humble take of current events," he said. "A lot of the songs look at the decay of obsolete systems - political and social. It's topical but interlaced with modern everyday life - love, loss, joy and tragedy." When asked about the radically different styles of various pieces of his music, he said: "I cross genres like Eddie Izzard cross-dresses. I'm hard to pigeonhole!" Jollands has spent part of his music career working on the soundtracks for films like 'Pride', 'Wild Bill', 'Bleak House', the British television series 'A Touch of Cloth' and the award winning film 'Shackleton'. 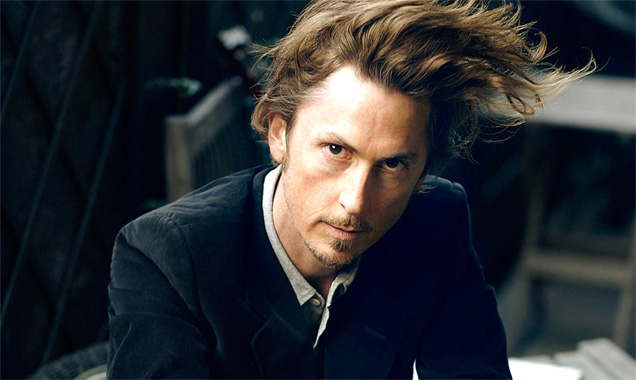 Acoustic singer songwriter Blair Jollands makes his new track 'My Way Home' available as a free download ahead of the release of his forthcoming third album, which is as yet unnamed and due out this summer (2014) through glowb Records.

The video for the track seems like a brief overview of his world travels, featuring sandy beaches, swimming pools, Buddha statues, exotic flowers, snowy woodlands and a baby thrown in there for added cuteness. Though there is an unexpected sense of melancholy about the repetitive acoustic melody, it feels generally to be a calming song in the face of returning to what you know and what is familiar; a theme that befits the country twang of the song with its echoing whistles and raw vocals.

'My Way Home' is not the only song on Jollands' upcoming album to touch on themes of travel and a nomadic lifestyle. The rest of the album is apparently also a summary of his many cultural experiences and follows on from his previous two offerings 'Hotel' and 'Violent Love'. The first single from the new album is 'Carve it Up', a summery track which is due for release later this summer on June 30th 2014.