Gillan & Iommi Team Up To Raise Funds For Armenia 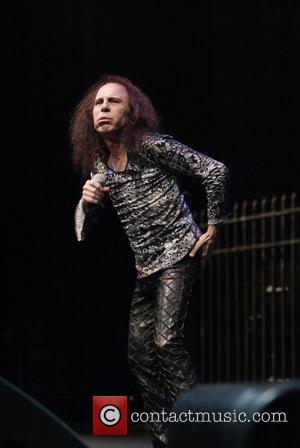 Former Black Sabbath bandmates Ian Gillan and Tony Iommi are teaming up to record a new charity track for struggling Armenians.
The rock legends were recently honoured by Armenian Prime Minister Tigran Sargsyan for their efforts to raise cash and awareness about the nation's problems and they decided it was time to record new material together.
Iommi tells Metal Hammer magazine, "We raised some money 20 years ago and we wanted to do it again, to be able to buy stuff.
"We went over (to Armenia) a few months ago because they gave us an Order Of Honour from the President... They showed us what the money had bought. They showed us this old music school; it was freezing and the kids had no instruments, so we bought them some new instruments - drums and guitars - and we want to build a new school for the kids.
"We're going to do a few songs and, hopefully, we can raise the money to afford to buy them a new school.
"We've talked about doing a couple of shows out there, but it's about working round what we are both doing."