The gritty and very British track, Fiasco, has also been put together as a music video. It appears as a slightly sexually-charged cabaret style escape artist show being put together. It changes from black and white to colour as the video gets more and more visually bizarre. A testament to the meaning of the song as explained by vocalist/guitarist Gareth AKA "Sun King". "[Fiasco] is about when you get to the point of being so completely and unavoidably shunted by drink, you feel like you're flying high above everything. It's so easy to get swept into passionate things when drunk and no doubt, drink doesn't always have to be the drive to get you there."

The band has previously recorded on Big Dirty Engine Records and have since toured Italy and been busy recording new material. Fiasco and England have both been produced by Patrick Constable of post-punk revival band Selfish Cunt (and also recorded for The Horrors) and mastered by Mike Marsh who has previously mastered records by the Stereo MCs, Bjork, Massive Attack, The Chemical Brothers, Basement Jaxx, Oasis, The Prodigy, Depeche Mode and The Darkness. 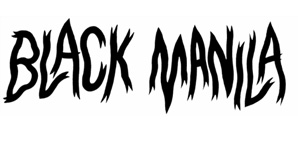