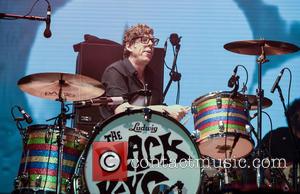 The former The Pretenders rocker announced the news via her Facebook account, revealing she was in the studio with Auerbach "and his team of Nashville kats (sic)".

Last year (14), Hynde admitted Auerbach and his bandmate Patrick Carney, who both hail from her hometown of Akron, Ohio, had "influenced" her a lot.

The new music news comes hot on the heels of the release of Hynde's acclaimed memoir, Reckless.