The Friday night will see another rock / dance combination after the success of Biffy Clyro / Calvin Harris this year.

Temperatures may be plummeting in Britain, but we’ve got some sunnier festival news for you. The Isle of Wight festival has announced that the Black Keys and the Prodigy will co-headline in 2015.

The two bands will perform on the Friday night of next year’s festival, although the order in which they’ll appear on stage has not yet been confirmed. Pharrell Williams, who has had runaway success as a solo artist in the last 18 months, will also be playing the festival. 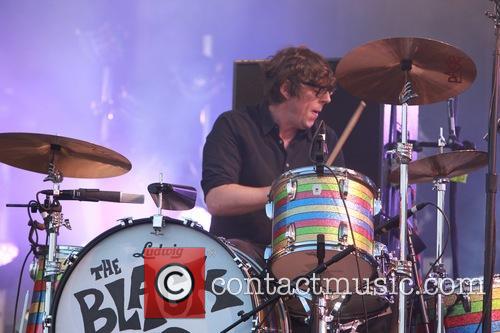 U.S. blues-rockers The Black Keys will co-headline Isle of Wight with British veterans The Prodigy

The Isle of Wight organisers said that they had gone for a combination of rock and dance acts because the combination of Calvin Harris and Biffy Clyro on the same night this year had proved very popular.

John Giddings, of the festival’s organising panel, said "the combination of rock and dance was really successful, on the Friday everyone likes to kick it off with a bang and go wild. We've had The Prodigy before, and they're one of the best shows we've ever had. In terms of rock bands in the world today, I think that The Black Keys and Royal Blood are two of the best out there.”

While they're relative newcomers to massive spots at British festivals, The Black Keys do have some headlining experience, closing Latitude earlier this year. Their eighth album Turn Blue has been their biggest seller yet, with their success growing exponentially since their modest 2002 debut. The Prodigy, by contrast, are old hands at the festival game, and are guaranteed party-starters. They are currently in the studio working on their sixth album, some songs from which will no doubt be unveiled during their headline set.

The third headline spot has yet to be confirmed, but rock legends Fleetwood Mac have already been announced as the closing act on Sunday night. The Isle of Wight festival runs from 11-14 June at Seaclose Park, Newport, Isle of Wight, and general tickets go on sale on December 5th at 9am.

More: Jack White apologises for comments made in Rolling Stone about Meg White and the Black Keys