Black Keys - You're The One Single Review

Review of You're The One Single by Black Keys

The Black Keys
You're The One
Single Review 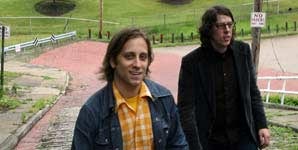 The Black Keys have of late been picking up acclaim from the most unlikely of places with their stripped-down take on blues-rock; even Mr Thom Yorke himself has declared himself a fan, their influence can arguably be heard on some of Radiohead's more guitar-based new material.

However, You're The One is pure Lennon, the hypnotic minor key cadences and spacious 1968 style production make it sound like I'm So Tired's even more world-weary cousin. That's not to dismiss the Ohio duo as dull retro copyists though, there's enough originality in the melody and delivery to make this a great introduction to the band for any latecomers.