Kick in the Doors was produced with the help of Sam Williams, who has worked with Plan B and Supergrass. Previous unreleased tracks have earned them acclaim on BBC 6Music and BBC Introducing Oxfordshire. The video for Kick In The Doors is set in a pub dedicated to the band themselves.

Black Hats are a 3 piece from Oxford, with Ian Budd (Bass & Vocals), Nick Breakspear (Guitar & Vocals) and Mark Franklin (Drums & Vocals). The last year and a half was spent building a reputation and a fan base in Oxfordshire's music scene. Black Hats have supported The Hoosiers and Electric Six on tour and have performed their energetic live show in front of audiences at the Wychwood Festival 2011 and the Cornbury Festival.

To support the release of Kick In The Doors, Black Hats will be embarking on a 'Secret Gig' tour. 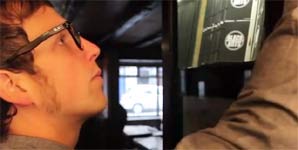