British Band Black Grape Reunited Onstage On Saturday Night (11apr15) To Celebrate The 20th Anniversary Of The Release Of Their Debut Album And Raise Funds For Bandmate Bez's Political Run. 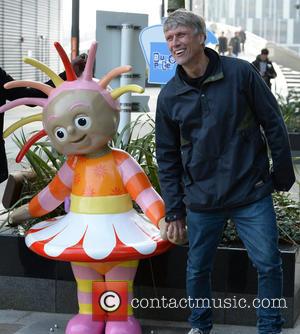 Picture: Mark Berry(Bez) - Black Grape get back together for a charity gig at Old Granada Studio's Tour 11th April 2015 in to raise money...

Fans flocked to the Old Granada Studios in Manchester, England to support the singer/dancer's All Star Reality Party election campaign and check out his former band, fronted by Shaun Ryder.

The group performed 11 songs, including hits Reverend Black Grape and Get Higher and opening with In The Name Of The Father.

Bez, real name Mark Berry, was too busy being political at the gig to join the band onstage until the encore.

He stepped up and thanked his former bandmates for reforming at the benefit, stating, "It's important Manchester stands together."

He then shed his tie and pin-striped jacket to perform Kelly's Heroes with Ryder and company.