Review of What The. Album by Black Flag

When you think of 'classic' punk bands, one of the first names that may well rise to the surface are Californian outfit Black Flag, who have returned to producing new music after a twenty-eight year absence. The punk icons' seventh album 'What The...' (released through SST records) ensured their gruelling first year back, filled to the brim with reunion tours, fall outs and lawsuits, would end on a high. 'What The.' serves as a refreshing throwback to the punk sound of the 80s which influenced a number of today's bands. 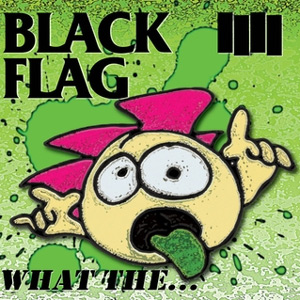 As expected with a prolonged absence from the recording studio, there is a bit of ring rust; renowned for their hard, aggressive, 'pure' punk sound, their latest effort serves as a sucker punch, being slightly less hostile than their last effort in the mid-80s.

Described by many as advocates of the underground American scene, 'What The...' wastes no time with launching into that classic Flag sound, with the first track 'My Heart's Pumping' containing Gin's swaggery riffs backed by Reyes' growls straight from the off, not letting up throughout the twenty-two track album.

Lyrically, Black Flag have never set the world alight. Though this has never hindered them before (the blunt lyrics perfectly matching the tone of the melodies), they seemed a bit tame by the band's usual standards, perhaps showing signs of the warhorses of punk mellowing out a touch. 'Wallow in Despair' is one of the songs that can be accused of being a 'half-arsed' attempt; heavy in repetition with Reyes' growling dull and uninventive lines about being "cracked up" about someone "whine(ing) about everything" and expressing his deepest wishes for them to "wallow in despair". We've never heard those sentiments expressed in any jam before, have we guys?

It's somewhat ironic that some of the stronger, more classic lyrics on the album come in 'The Bitter End', Reyes snarling about "going down hard to the bitter end", uncannily foreshadowing his public ousting from the band, on stage not long before the release of 'What The...'.

Compared to the previous releases from Black Flag, 'What The...' doesn't measure up particularly well; a long absence from the scene and a year of legal disputes perhaps contributing to an overall weary feel throughout. However, this is still a decent album and one which is enough to quench the thirst of the die-hard fans.