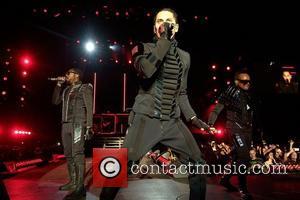 Black Eyed Peas star will.i.am has launched his own car company.
The hip-hop star has designed a sports car made from Chrysler parts for Iamauto, which is based in the troubled Boyle Heights neighbourhood in East Los Angeles, where he grew up.
And he admits he's trying to boost the area and give back something to locals now he is a successful artist.
Appearing on Britain's Top Gear motoring show, he tells host Jeremy Clarkson, "(The car is) made down in the ghetto that I'm from... My whole thing was I want to make music so I can take care of my mum and move everybody in my family out together... So now that I've done that and now every single person in my family, from my cousins through to my uncles, to my nieces and nephews, are out of the ghetto, I wanna go back to my ghetto and build a car company.
"We all complain about underdeveloped communities, but who's the developers in the first place? So I thought, 'Shucks, I'm tired of complaining about the figures, why don't I, you know, aim that finger to me and say hey, what are you doing to change the ghetto you're from?'"
Iamauto is due to launch later this year (12).