Black Eyed Peas Star Will.i.am Managed To Pull Through And Make An Appearance On The U.k's The Voice Final On Saturday (04apr15), Despite Fighting An Illness Just Days Earlier. 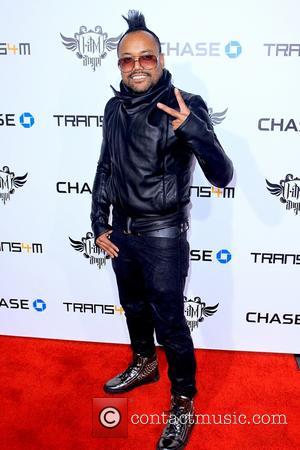 The rapper, who is a judge on the British talent show, was determined not to miss the last show even though he is currently on medication for a bronchial infection.

The illness meant he was hours late to rehearsals on Friday (03Apr15), and he had to miss out on spending quality time with his contestant and her family at an opera to avoid passing on the infection.

Speaking before the live final, he told Britain's Daily Star newspaper, "I'm ill.i.am right now. I got a cold and it turned into something worse. It's really bad. I normally don't take medicine but I had to. I'm on vitamin C and fruit and hot tea and stuff like that. And I'm sleeping. It's tough to take... I know my condition could affect my performance. That's the sad part of it all."

Will.i.am managed to pull through and duet with his classical singing contestant on the night, but he was left feeling even more down in the dumps when rival judge Ricky Wilson's team member was eventually crowned the winner.