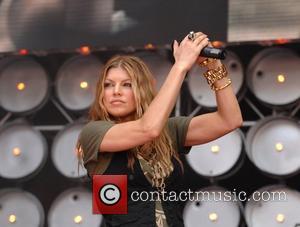 Black Eyed Peas singer Fergie insists performing saved her from drug addiction, because it provides a positive outlet for her pent-up emotions. The LONDON BRIDGE singer, real name STACY FERGUSON, has worked hard to overcome a crippling addiction to crystal meth. She tells Time magazine the drug, "was the hardest boyfriend I ever had to break up with. "I dug deep as to why I got there. It's the drug that's addicting. But it's why you start doing it in the first place that's interesting. A lot of it was being a child actor, I learned to suppress feelings." The singer, who has just released her first solo album, THE DUTCHESS, says she now uses performing to vent her feelings, adding, "When we're on tour I have an hour and a half of performing every night and improvising. If there's a rafter, I can climb right on it!"