Black Eyed Peas are set to return next year and are currently working out a deal for a new album and tour. 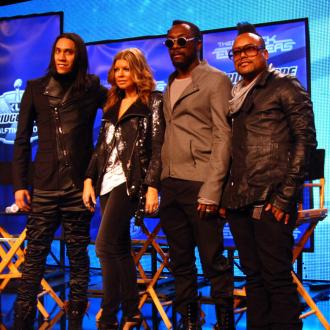 Black Eyed Peas are set to return next year.

The 'I Gotta Feeling' group - Will.i.am, Fergie, apl.de.ap and taboo - are getting back together for their first studio album and tour since 'The Beginning' in 2010.

A source told The Sun newspaper: ''The Black Eyed Peas are all in agreement they should put a new tour on for the fans - it's not like they properly split when they parted for a hiatus in 2012.

''This time around they're going to head back into the studio and lay down a new album quickly and then hit the road once again.

''Will.i.am has been instrumental in persuading all the Peas to get back into shape and hit the road again.''

The source says new mother Fergie - who has five-month-old son Axl Jack with her husband Josh Duhamel - has been holding the process up.

The insider added: ''Fergie's been stalling and wants to hold out for as much money as she can guarantee.

''She's got a baby now and needs it to be a very worthy amount to make her take her baby on the road.''

The members of the group have been busy working on other projects since the band finished their last tour, with apl.de.ap becoming a judge on 'The Voice of the Philippines' and releasing solo tracks, Taboo working on his own solo material and will.i.am releasing an album '#willpower' as well as judging 'The Voice' in the UK and being executive producer on Britney Spears' last album 'Britney Jean'.