Black Eyed Peas are being sued by funk legend George Clinton, for allegedly using elements of his track '(Not Just) Knee Deep' without permission. 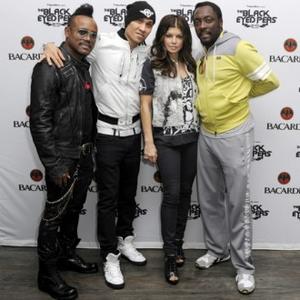 The singer and songwriter filed a multi-million dollar copyright infringement lawsuit in California over remixes of the band's 2003 song 'Shut Up', which he says uses elements of his track '(Not Just) Knee Deep'.

The musician claims he never signed a contact and has not agreed to any terms for using the sample - of a track from his group Funkadelic's 1979 album 'uncle jam Wants You' - with the Black Eyed Peas, and that even after being notified, the group - which consists of will.i.am, Fergie, Taboo and apl.de.ap - released another version of the song with samples of '(Not Just) Knee Deep' on the deluxe version of their album 'The E.N.D.'.

The lawsuit claims the remix has sold a reported 8.5 million copies on vinyl, digital formats and on DVD 'Love From Sydney to Vegas' and is seeking $150,000 per infringement and an injunction prohibiting further distribution of the song.

George further claims he only become aware of the sample after being contacted by a producer associated with the group and asked if they could clear the same song for use in 2009.

'(Not Just) Knee Deep' has previously been cleared for use by artists including De La Soul, LL Cool J, Mc Hammer, Snoop Dogg, and 2Pac.

George recently said he prefers other contemporary artists over Black Eyed Peas, saying his favourites are Eminem and Rihanna.

He said: "I predicted they would be real big stars. Eminem has been able to redefine himself and I'm proud of that.

"When I first heard 'SOS' by Rihanna, I was raving about that song, and she came up to be twice as big and hasn't stopped since."