Black Eyed Peas' 'My Humps' has been slammed as having the worst lyrics in dance music. 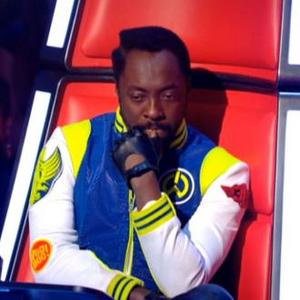 Black Eyed Peas' 'My Humps' has been named as having the worst lyrics in dance music.

The group's 2005 single received more than twenty per cent of votes cast in a poll of clubbers by GlobalGathering festival.

The song reached number three in the UK singles chart when it was released but it seems the public don't look back on it fondly.

In second place clubbers voted 'Nassaja' by German Outfit Scooter, with its nonsensical line: ''It's not a bird, it's not a plane. It must be Dave who's on the train.''

The top three was completed by the 90's dance-pop group Vengaboys with their song 'Up and Down', which simply repeats the words ''up'' and ''down'' over and over again.

Tinie Tempah's infamous line ''I've been (to) Southampton but I've never been to Scunthorpe'' from debut single 'Pass Out' was fourth on the list, while Nicki Minaj's line: ''Jump in my hooptie hooptie hoop I own that'' from her recent hit 'Starships' came into fifth.

The top ten was rounded out by Taio Cruz's 'Troublemaker', The Tamperer featuring Maya's 'Feel It', Snap's infamous 'Rhythm is a Dancer' - which featured the ever regrettable line ''I'm as serious as cancer, when I say rhythm is a dancer'' - Azealia Banks' '212' and Audio Bullys 'Snake'.