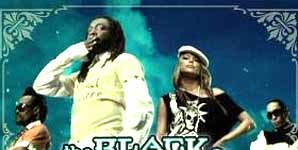 The Black Eye Peas continue on with their recent success releasing 'Don't Lie' from their latest album 'Monkey Business'. It can't be forgotten all their past works that established them as credible MC's although hardened MC's could listen to this track and think it was something out of Sesame Street. What happened! The truth is there is genius in this track in that who could of thought hip hop could be so appealing to such a young audience as well as mothers and fathers. Gone are the days of hip hop being so dangerous. The lyrics are cleverly put together that give a message that is easily understood and The Black Eyed Peas always portray a positive energy in their words without being cheesy or sleazy. This is pop hip hop that transcends hip hop to the mass mainstream that could grab many listeners from different musical genres. There's a catchy sing along chorus, easily listenable music including acoustic guitar and good harmonies. 'Don't Lie' is a fun, happy tune that is certainly a better alternative than the Spice Girls.