The model and former girlfriend of Tyga has recently started a relationship with Rob Kardashian.

Model Blac Chyna was arrested for public intoxication on Friday at an airport in Austin, Texas. According to TMZ, the 27-year-old was travelling from Los Angeles to London via Dallas when she was stopped en route to her connecting flight. 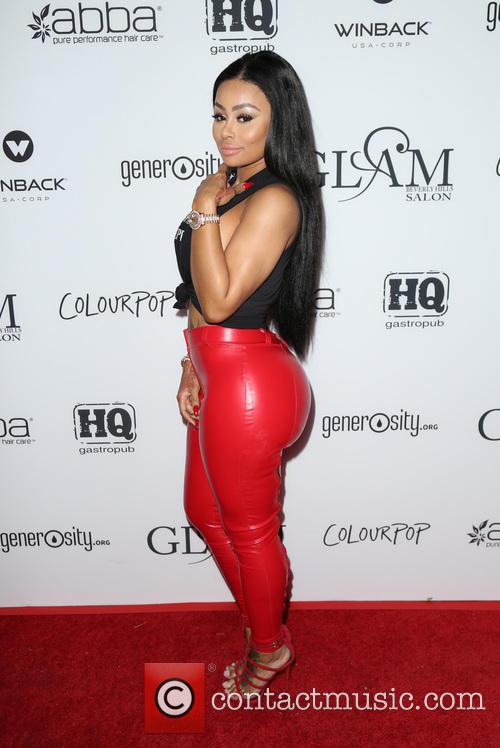 Blac Chyna was arrested in Dallas on Friday night.

TMZ have since published Blac’s mugshot, which sees her make-up free and dressed in a striped prison jumpsuit. The gossip site reports that the model, real name Angela Renée White, ‘stormed toward the gate, got on the plane and screamed at a flight attendant, "Nasty ass bitch!”’

An eyewitness described her as "heavily intoxicated" and said she was "fighting" with a flight attendant while acting "like a drunken fool." Another eyewitness reports that at one point she screamed, "Y'all got no respect for me. I gotta tie my shoes. Let me tie my Yeezys."

A third eyewitness claims the model was ‘handcuffed and crying’ as the police took her away. TMZ writes that she was booked for public intoxication and have since added that she was also charged with drug possession.

Earlier she was stopped by TMZ cameras at LAX airport where they quizzed about her relationship with Rob Kardashian. When asked if there were any ‘weird feelings’ between her and the Kardashian sisters, Blac shrugged.

The cameraman then continued probing the model, asking: "Do you even care about how they feel about it?" "Of course I care," she replied. "I love all of them.” Blac then said she was helping Kardashian with his diet, before giving two thumbs up to the new relationship.