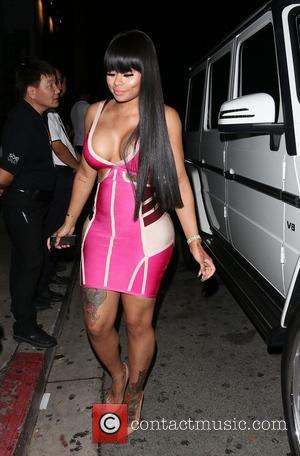 Model Blac Chyna has blasted her on/off boyfriend Tyga for allegedly hacking into her Twitter account on Sunday (02Nov14) after a message appeared on her blog suggesting she had been unfaithful to the rapper.

The Rack City hitmaker initially split from Chyna, the mother of his young son King Cairo, in August (14), but the couple seemingly rekindled its romance last month (Oct14), when the beauty posted an intimate picture of the tattooed hip-hop star kissing her neck while in bed.

The image was later taken down, and now it seems the pair has fallen out again.

Fans were stunned on Sunday morning, when Chyna appeared to confess to using Tyga for his money after two tweets popped up online, reading, "Im a gold digger & a cheater. I never really loved Tyga It was always about the money. After he took me out the strip club gave me a beautiful family (sic)."

Chyna spotted the messages and quickly deleted them, and subsequently took to her Instagram.com page to hit out at her ex, writing, "Tyga you real petty for hacking my Twitter page (sic)! Nice try ..... Working on getting my page back now".