Photos appeared on Monday of a make-up free Chyna meeting up for lunch in L.A. with her friends - and many left negative comments about her choice of clothes.

Blac Chyna has fired back at people criticising her after a paparazzi photo recently appeared that displayed her growing baby bump, haranguing them by asking “what do expect to see?!”

Photos appeared on Monday of the model, who is engaged to Rob Kardashian and pregnant with their first child, going make-up free to a lunch with friends in L.A., sporting a one-piece jump suit that prominently displayed her bump. Several commenters called her various insults based on appearing “fat” or “gross”, criticising her choice of clothes.

However, the 28 year old took to celeb fan Instagram account Celebritea on Wednesday to hit back with some words for the haters out there. 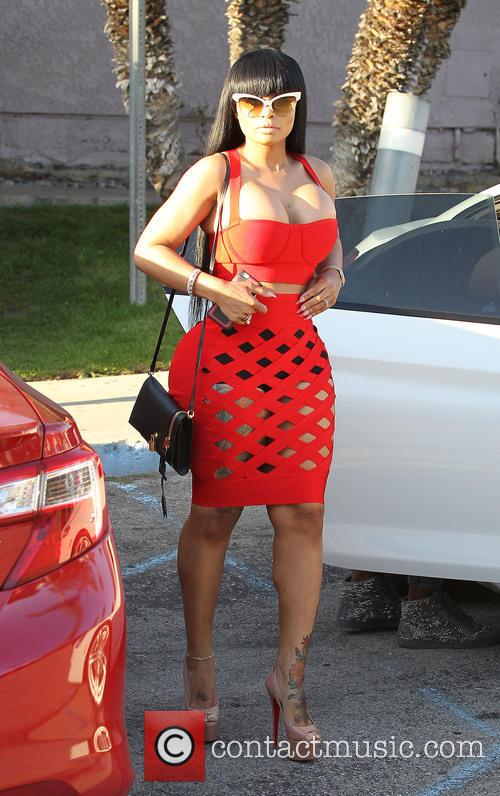 “To all you people out there with negative comments and insecure words (obviously because you have nothing else to do but criticize the next), I AM HAVING A BABY! Exactly what do you expect to see?! If I walked out in makeup and heels everyday to be beautiful to your means I WOULD BE MISERABLE AND UNHAPPY which are two vibes I refuse to transfer to my little one.”

“If I comment on ya'll pics and go in on them tired ass weaves or unblended contours I'll be wrong, right? It'll be tragic! So stop playing and Put Some Respeck on My Name.”

Earlier in May, she announced to the world that she was expecting a baby with 29 year old Rob, whom she agreed to marry in April having only met in January this year. Insiders claim that they both know the sex of the baby, and will reveal it to the world in due course.

#BlacChyna has a message for all of you fat shammers ??????

Although life inside the Kardashian goldfish bowl means that scrutiny will be 24/7, both she and Rob are planning to keep the fuss to a minimum and attempt to maintain privacy.

“I feel amazing, and I feel blessed. Fortunately I haven't been craving anything, which is like really peculiar,” she said about her developing pregnancy and how she was feeling in a separate interview she granted earlier this month with E! News.