Bjork held a three day karaoke marathon over the weekend in protest over a takeover of an Icelandic energy company. 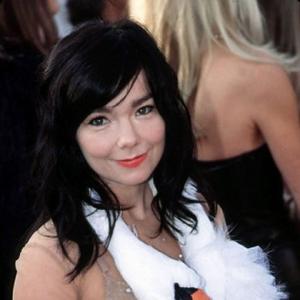 Bjork held a three day karaoke marathon over the weekend.

The singer's The Voice of the Nation group held the competition in Reykjavik to protest over the takeover of a locally owned Icelandic energy company by Canadian firm Magma Energy.

The marathon gathered some 46,000 signatures in a petition, more than the 35,000 - or just over 10 per cent of the country's population - needed for the country's government to reconsider allowing the takeover.

The karaoke weekend was planned over the Icelandic holiday of Threttandinn - which according to folklore is where elves and magical creatures come out to party alongside humans.

At the contest 'Declare Independence' singer Bjork - who is Icelandic- sang a traditional song as a duet with politician and former singer Omar Ragnarsson and sung JOY DIVISION's 'Love Will Tear Us Apart' on her own.

One of the heads of the campaign, writer Oddny Eir Aevarsdottir, said of the success of the karaoke contest: "It's nice to wake up and see that more than 46,000 have signed the petition. Now karaoke events are popping up around the country so we are going to let it roll until they are finished and then hand the petition over."