Bjork brought her Biophilia tour to London this week. 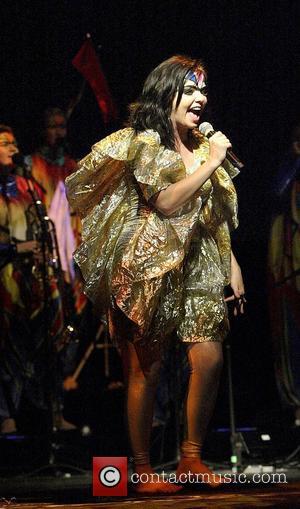 Bjork's 2011 album Biophilia, exploring the relationship between nature, technology and music, was considered one of the better efforts of that year, though the supporting live show appears to have eclipsed it. The show - launched two years ago alongside a series of short-lived apps for iPad and iPhone - arrived at London's Alexandra Palace this week.

It began with a recorded preamble from broadcaster and naturalist David Attenborough, who told the audience they are "on the brink of a revolution that will reunite humans with nature through new technological innovations." Anyone who caught the unlikely duo's Channel 4 documentary exploring music and how it exists in the natural world will have known they were in for a treat.

According to the Financial Times' review of the show, the audience had been asked to put them away and enjoy the show "now, not later," which makes a bucket load of sense. Essentially, fans just need to be asked nicely to sit and enjoy the spectacle that's about to unfold before their eyes, rather than getting a tongue lashing from a jumped up rock-star whom they've paid £75 to see.

"...the real coup was the presence of a 24-strong all-female Icelandic choir dressed in shiny robes. It must, to say the least, be challenging to sing complex, often arrhythmic music in a show lasting more than two hours without sheet music or a conductor while dressed like a citizen of the planet Zhyzquil. And yet their cascading, swelling harmonies sounded glorious," wrote the newspaper's David Cheal.

The Guardian's Betty Clarke gave the show four stars out of five, writing, "...when Björk's left to get on with it, treading the intense waters of 'Isobel,' skewed pop of 'Possibly Maybe' and punk ode 'Declare Independence,' there's no one to rival her talent for magic - her voice not odd but, like her talent, simply out of this world."

The Telegraph's Alice Vincent agreed, writing, "Björk's vocal performance was faultless: the textured leaps and growls she is known for were captivating. With the choir's aid, some of Biophilia's tracks stood up well against her earlier crowd-pleasers. The joyously dubby breakdown of 'Crystalline' marked it as a worthy successor to 1995 belter 'Army of Me.'" 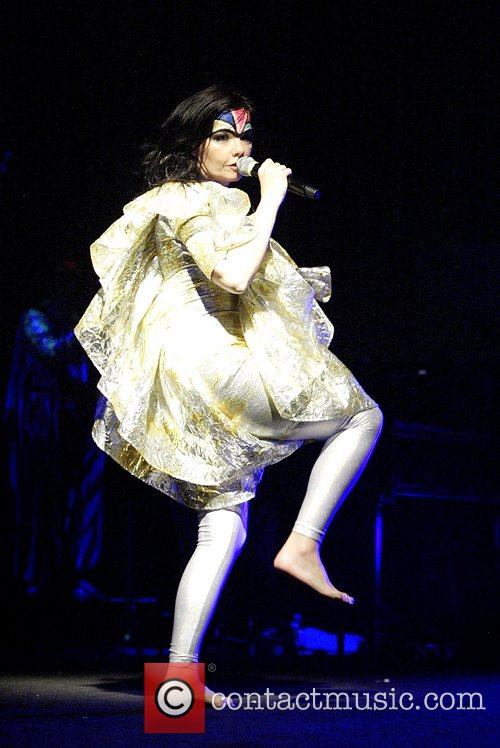 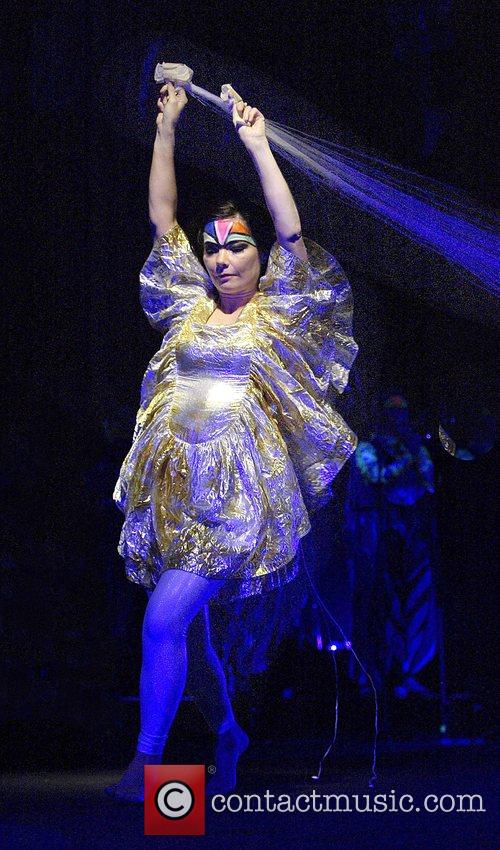 Bjork Performed at the Alexandra Palace in London This Week