Review of Vulnicura Album by Bjork

Björk has always navigated a delicate balance between genius and whimsy. The 49-year-old's ninth solo album certainly falls pretty close to the former category, making it all the more disappointing that an internet leak has overshadowed the release of 'Vulnicura'. While certainly not pop in the most traditional sense, this is a bold, accomplished and intensely personal artistic statement. Indeed, for Björk's standards, this is quite a conventional sounding record, but as you'd expect, her interpretation of conventional is gloriously off the map if it were to be applied to other artists. 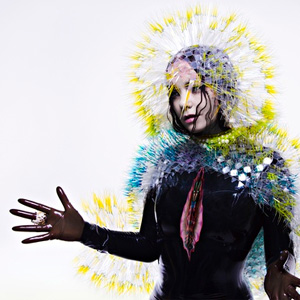 Drawing back from the envelope-pushing multi-media experience of 2011's 'Biophilia', Björk has chosen to channel her inner torment following the breakdown of her relationship with Matthew Barney. Despite the epic soundscapes, it's actually quite an emotionally claustrophobic album, which has a sonic narrative that escalates to a dramatic climax. That may all sound rather highbrow, verging on pretentious, but when an artist is so obviously using their art for cathartic purposes, it's difficult not to be pulled into the minutia.

Constraining herself to string arrangements and pre-programmed beats, there's a strange clash of old and new musical disciplines here that make the project rather unique. It's reminiscent of some of her previous work, but the raw emotion on display makes this a compelling, if not entirely comfortable, album. Lyrically, 'Vulnicura' is surprisingly direct, by the second track 'Lionsong' it's pretty easy to spot the motivation behind these nine songs. For example, Björk sounds incredibly vulnerable when she sings: "Once it was simple, one feeling at a time. It reached its peak, then transformed. These abstract complex feelings, I just don't know how to handle them". It almost makes me wonder whether there was an unconscious decision to score everything with strings here, as they would quite literally provide moments that tug on the heartstrings.

As the album progresses, the beats become increasingly dominant, abandoning some of the beauty displayed on the earliest tracks. Antony Hegarty's appearance on 'Atom Dance' is welcome, but fleeting. Ultimately,

'Vulnicura' feels like it's constantly gaining pace towards a dramatic climax, the album title itself literally translates as 'cure for wounds'. That moment of catharsis comes on 'Mouth Mantra' when Björk exclaims, 'It implodes!" closely followed by "I am not hurt". Her lyrics are set to a soundtrack that could be an imagined sonic sketch of an interstellar singularity folding in upon itself. Thankfully, 'Quicksand' acts as a kind of epitaph following the drama to bring things to a noisy but satisfying conclusion.

The gravitas that the string arrangements bring to 'Vulnicura' does mean that there is less exuberance and charm on display here than elsewhere in Björk's back catalogue. That does essentially mean it's an album best experienced as a whole, which makes it a little daunting or inaccessible for the more casual listener. 'Vulnicura' certainly meets the exceptionally high bar that Björk had set herself and will satisfy the critics, but I can't help but wonder whether the wider audience may have appreciated a tiny amount of whimsy to accompany the genius on show throughout.