'Dancing With The Stars' just moves us to tears.

It's no surprise that Bindi Irwin and Derek Hough landed full marks on 'Dancing With The Stars' last week. It was 'Famous Dances Night' and, while they may have gone for the obvious option, their 'Dirty Dancing' inspired performance was utterly mesmerizing. But what can we expect from this Sunday's Halloween Night? 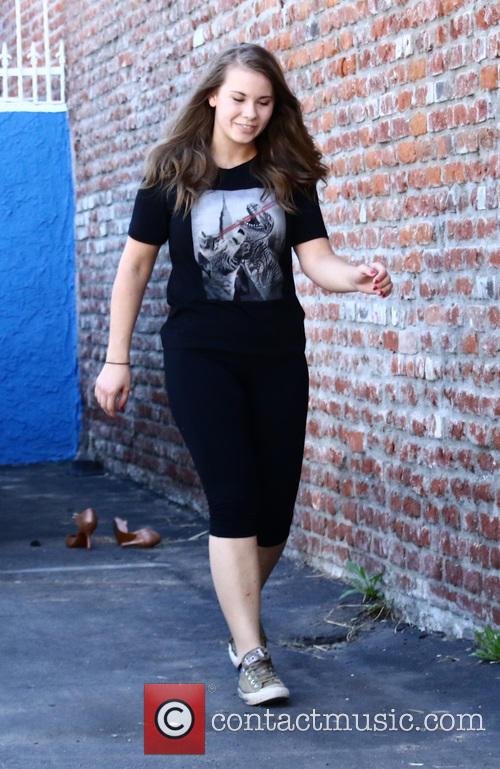 Bindi Irwin smashed it with her 'Dirty Dancing' routine

Bindi is best known for being the daughter of the late Crocodile Hunter Steve Irwin, and for presenting the Discovery Kids show 'Bindi the Jungle Girl'. She's been a favourite to win for the whole competition, having come out on top (or drawn) in three different nights, and now the talented Bindi has managed to land a full forty marks for her memorable 'Dirty Dancing' routine with Derek Hough. They absolutely smashed their way through '(I've Had) The Time of My Life', right from the very beginning when Derek declared 'Nobody puts Bindi in a corner!' in reference to the 1987 movie.

With no wrong moves, unmatchably professional poise and a lift that truly put Jennifer Grey and Patrick Swayze to shame, Bindi and Derek's rumba was the ultimate crowd pleaser and unfaulted by judges Carrie Ann Inaba, Julianne Hough, Olivia Newton-John and Bruno Tonioli. Newton-John even scored the routine higher than Hayes Grier and Emma Slater's rendition of Grease's 'You're the One That I Want' - a tribute to her and John Travolta's famous dance.

Of course, Bindi was the only one to land full marks for the week. Andy Grammer and Allison Holker also wowed the judges with 'Good Mornin' from 'Singin' In The Rain', as did Nick Carter and Sharna Burgess with the Bee Gees' 'You Should Be Dancing' and Tamar Braxton and Valentin Chmerkovskiy with Janet Jackson's 'Rhythm Nation'.

'What an honor to pay homage to this iconic dance film', Derek told his Instagram followers.  But could Derek be ditched for this week's dance? Bindi was spotted practising with a new partner recently, but it being just a skeleton, we're not sure exactly how their performance is going to pan out.

We have one thing to say: Go Team Crikey!