Bindi Irwin says she is doing her best to carry on her father Steve Irwin's legacy. 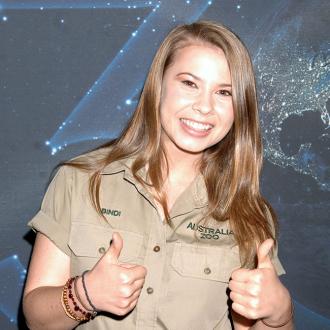 Bindi Irwin is trying to carry on her father's legacy.

Conservationist Steve died in 2006 after being pierced in the chest by a stingray barb while filming an underwater documentary and 17-year-old Bindi - who is currently competing on 'Dancing With The Stars' - admitted her family are still struggling to cope while continuing his work.

She told Us Weekly: ''I'm trying to carry on my dad's legacy, and it is tough. I think that people always say when people pass away that time heals all wounds. And that's probably the biggest lie, it's not true. I think we all need to remember that it is always still tough and it's like losing a piece of your heart.

''But even though the sun will never shine as brightly, it will shine again. And that's a part of life, and it's why I wanted to be here and do this, because we're all faced with these challenges and tragedies. It's important to pick yourself up and to remember everything they lived and died for, and carry that message forward.''

Bindi previously said of her father's passing that it makes you see that ''none of us have forever'' and to ''live each day as if it's your last''.

She said: ''After losing Dad, there was the idea that none of us have forever. It really affects you. It makes you want to live each day as if it's your last.''

Bindi and her dance partner Derek Hough performed a jive on the opening episode of 'Dancing With the Stars' on Monday (14.09.15) and he was enthusiastic about her progress.

He said: ''Honestly, from day one to now, people wouldn't even believe how far she's come. The transformation is miraculous, literally. We've got her in little training heels right now.''