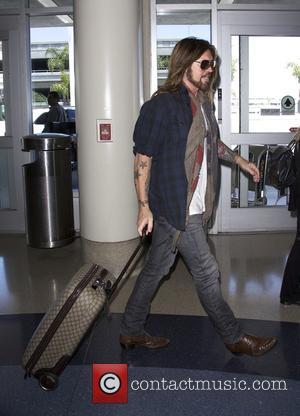 The pop superstar reportedly had no intention of performing when she attended the gig, the final show at the historic House of Blues venue, but she had a change of heart after members of Steel Panther coaxed her up to the microphone as they encouraged the crowd to chant, "Miley, sing!"

The Wrecking Ball hitmaker obliged and joined in a cover of Def Leppard's Pour Some Sugar On Me, while her country singer dad Billy Ray also hit the stage with Steel Panther for a rendition of Billy Idol hit Rebel Yell.

The House of Blues on the Sunset Strip shuttered its doors for good after the show ahead of a planned demolition. The iconic venue opened in 1994.