Cyrus Wanted To 'Reach Out' To Jackson 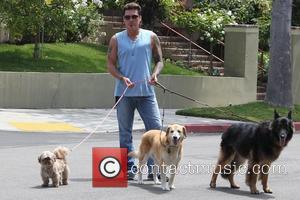 Billy Ray Cyrus has revealed he once planned to "reach out" to Michael Jackson - but the King of Pop died before he was given the opportunity.
The country singer met Jackson at a Grammy Awards ceremony and admits he was intrigued by the musical icon.
He tells GQ magazine, "He sat in front of me, in the front row, and a dime rolled out from under and hit my boot and I reached down and picked up this dime, and looked. He was going through his pockets, and I said, 'Are you looking for this?' (He said) 'Thank you.'
"He took that dime and put it back in his pocket. I looked at my manager, I just said, 'Why did Michael Jackson have a dime?...' Nobody could tell me."
Cyrus hoped to invite Jackson and his three young children, Prince Michael, 14, Paris, 12, and eight-year-old Blanket, to a recording of his hit Disney show Hannah Montana - but failed to arrange the meeting before Jackson's shock death in 2009.
He adds, "I was trying to reach out to Michael Jackson. I knew he had kids, and I was going to invite his kids down to a taping of Hannah - I just felt it would be good for Michael. I don't know why."