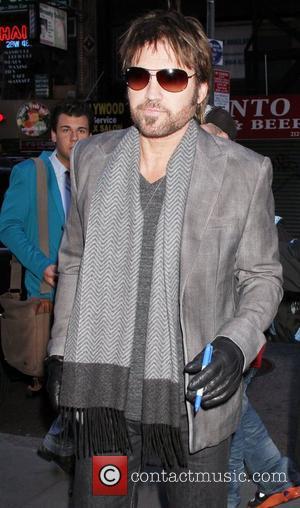 Country star Billy Ray Cyrus is set to make his Broadway debut in the musical Chicago this autumn (12).
The Achy Breaky Heart hitmaker will replace Tony Yazbeck as criminal lawyer Billy Flynn in the show for a total of seven weeks at the Ambassador Theater, beginning on 5 November (12).
Chicago, which is currently the fourth-longest running show in the Big Apple, has featured a slew of big names for short-term engagements in the recent past, including Brooke Shields, Christie Brinkley, pop star Ashlee Simpson, songwriter Kara DioGuardi and actor Taye Diggs.
Richard Gere played the role of Flynn when the musical was adapted to the big screen in 2002.