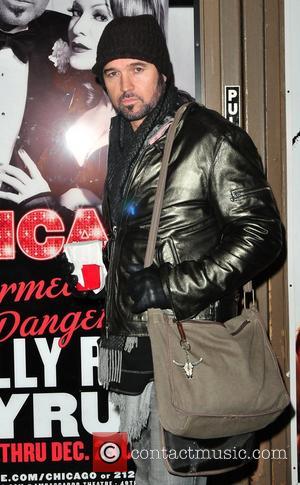 Country star Billy Ray Cyrus is so unsure about his daughter Miley Cyrus' marriage plans to fiance Liam Hemsworth he left details about their engagement out of his memoir - just in case their romance fizzled out.

The Hunger Games actor proposed to the pop singer last year (12), but recent reports suggest the couple's romance is on the rocks, and Miley was recently forced to defend herself from break-up rumours after she was snapped without her engagement ring, while Hemsworth enjoyed an extended vacation with his family in Australia.

Miley has repeatedly shut down speculation the wedding has been called off, but now her father has poured doubt on the strength of the pair's relationship, insisting he doesn't know whether the young lovers will make it down the aisle.

Promoting his new memoir Hillbilly Heart during an interview on U.S. Tv news show Nightline, the Achy Breaky Heart hitmaker says, "I don't know (if they will get married). I really don't. I play it by ear and I know whatever is meant to be, that's the way it's going to happen.

"I know as I was writing the book I wanted to keep that particular moment (engagement) as open-ended as possible... They're young. They're kids. The great news is, they're great friends. They're really, really good friends."