Billy Ray Cyrus has teamed up with Dionne Warwick's son, rapper Buck 22, for a hip hop version of the country rock singer's hit 'Achy Breaky Heart' presented in a video featuring nearly nude, twerking aliens. Yes, this is something that has actually happened, though we have absolutely no idea why. 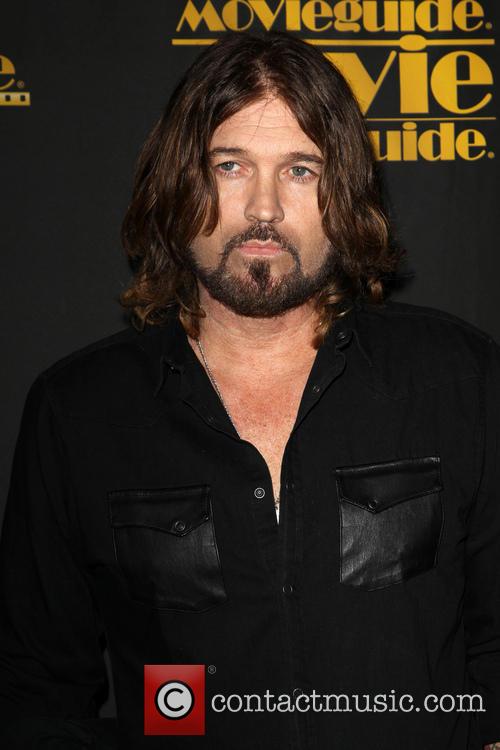 Billy Ray Cyrus Has Gone All Rap-Star With A New Version Of His 'Achy Breaky Heart' Hit.

Cyrus, who is famously the father of Miley Cyrus, decided to up the ante on his music's contemporary and team up with music producer Damon Elliot, who goes by the rapper name Buck 22. The music video opens with Larry King reading an emergency news announcement that a UFO has been spotted flying over Daniel Boone National Forest over Kentucky. Cut to Cyrus strolling through the woods with his guitar before being picked up by an alien spacecraft's tractor beam.

On board the ship, a clappy rap beat starts playing and Cyrus and Buck bust out the hip hop/ country mash-up song. In the video, Cyrus references his daughter's controversial music videos by shouting 'Wrecking Ball' as alien strippers perform Miley's signature 'twerk' dance move all around him.

It's never been a secret that Billy Ray actively encourages his daughter's music and image but the new video is pretty cringeworthy when you remember, oh yeah he's her FATHER. All it would have taken to send the video over the edge of embarrassing would have been if Miley had actually featured as a dancer too. 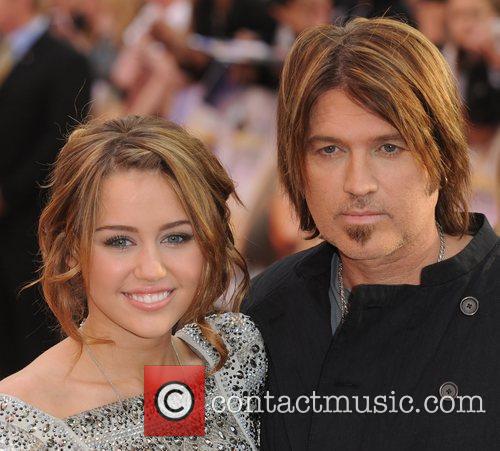 Pretty Much Everything Miley Does Is Crystal Clear Now.

The new song is purely a rap track but for some reason, a full country rock band is assembled in the spaceship and Cyrus dances about whilst "playing" a guitar. The craft rocks as the passengers head towards the Sun on board the flying nightclub with Buck busting out his best barn dance moves and one of the strippers playing a fiddle.

Honestly, we're not even sure what we just watched.