Stars Turn Out To Honour Songwriters 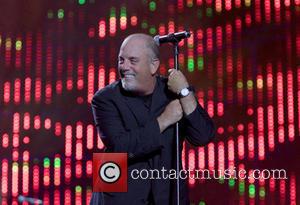 Billy Joel and Chrissie Hynde were on hand to honour stars including Garth Brooks, Leon Russell and Allen Toussaint as they were inducted into the Songwriters Hall of Fame on Thursday night (16Jun11).
The annual ceremony in New York City saw a glitzy array of performers take to the stage at Manhattan's Marriott Marquis Hotel to pay tribute to the music industry's top writers.
The 2011 honorees included veteran performer Russell, who was inducted by Dwight Yoakam, and Brooks, who was joined by Joel for a performance of hit track Shameless.
The country star was thrilled to be inducted by such a legendary musician as Joel, telling the crowd, "You talk about songwriters, there's one of the greatest songwriters of all time. And he's taken a day out of his life to do this, I feel very lucky."
Brooks' wife Trisha Yearwood was also involved in the ceremony, singing a medley of Burt Bacharach songs to honour the veteran performer's longtime lyricist partner Hal David.
Chrissie Hynde belted out The Pretenders' I'll Stand By You for songwriters Billy Steinberg and Tom Kelly, who later performed their own version of Like a Virgin - the song they wrote for Madonna.
Other notable performances came from hip-hop star Drake, who was handed the Hal David Starlight Award for contributions to songwriting, and Chaka Khan, who sang I'm Every Woman after she was handed her prize by the song's co-writer Valerie Simpson.