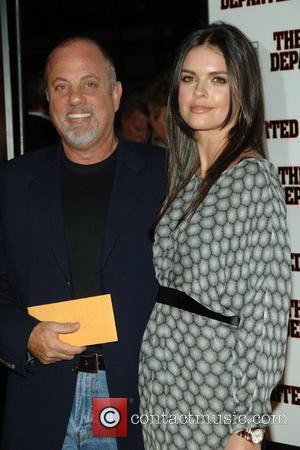 Picture: *file photos* * BILLY JOEL AND WIFE SEPARATE BILLY JOEL and his wife KATIE LEE have split. Reps for both have confirmed the sad...

Rock legend Billy Joel has taken his home in the village of Centre Island, New York off the property market just one day after confirming his split from wife Katie Lee.
The Piano Man star purchased the house for chef Lee in 2007 for $16.75 million (£11.17 million), but put it up for sale earlier this year (09), listing the property for almost double the price at $32.5 million (£21.67 million).
But Joel has changed his mind about selling up - on Thursday (18Jun09), he instructed his real estate broker to take down the 'For Sale' sign and remove the home from the market altogether.
A source tells the New York Daily News, "The house in Centre Island was on the market but then he decided he wanted to keep it."
The report comes as details about the estranged couple's split emerge, with insiders claiming Lee tired of living the suburban life with 60-year-old Joel, who is 33 years her senior.
Sources suggest Lee, who signed a prenuptial agreement, will be handed the keys to the pair's Manhattan townhouse, which Joel bought in 2006 for $5.9 million (£3.9 million).
Lee was Joel's third wife; he has previously been married to Elizabeth Weber and former supermodel Christie Brinkley.