Which of the piano man’s classics made our top five?

Billy Joel has long been regarded as one of music’s finest songwriters but it will soon be all more official as he receives the prestigious Gershwin Prize from the US Library of Congress. Praising Joel as "a storyteller of the highest order”, the Library of Congress’s James H Billington said there was “an intimacy to his songwriting that bridges the gap between the listener and the worlds he shares through music.” During his near 50 year career Joel has written more perfect songs than we could ever possibly list. Still, in celebration of his most recent accolade, we’ve picked five of our favourite songs from the piano man, all which prove he certainly belongs among the greatest songwriters of all time. 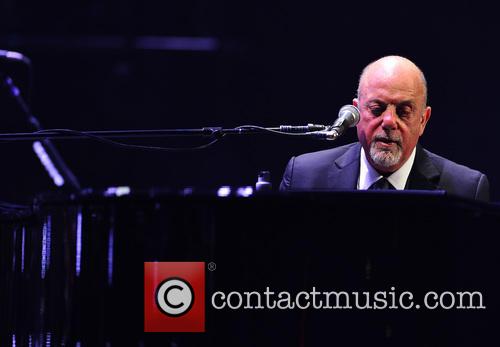 The Bronx native’s ode to his home city, ‘New York State of Mind’ has become an anthem for Joel’s fellow New Yorkers. The song was written by Joel on his way home to New York after a stint in Los Angeles where he’d spent his time feeling out of place. As the lyrics suggest, Joel was inspired to write the song while actually travelling on a Greyhound bus going along the Hudson river line.

It’s hard to pick a favourite out of Joel’s many beautiful ballads, but there’s something about 'She’s Always A Woman' which makes it just that little bit above the rest. Maybe it’s the simplicity of the music and lyrics or it could even be the sentiment, but either way this is a perfect song and Joel at his most subtly masterful.

3. Only the Good Die Young

But Joel is by no means just a ballad man, he's also a great exponent of good old fashioned uptempo rock and roll, as exemplified on ‘Only the Good Die Young’. Due to Joel’s not so subtle lyrics ‘come out Virginia don't let me wait, you Catholic girls start much too late’ religious groups in 1977 wanted this one pulled from the airwaves. Of course the controversy only made the song more popular and it pushed his album, The Stranger to the top of the US charts.

A later Joel number, from his album 1989 album, Storm Front The lyrics to ‘Leningrad’ show the parallels between Joel’s life growing up in the cold war era and that of a Russian clown named Viktor, who he had met during his tour the Soviet Union in 1987. While it didn't have the commercial success of his previous single ‘We Didn’t Start the Fire’, ‘Leningrad’ showed that Joel was still capable of tugging on listener’s heart strings like no other using his wonderfully crafted lyrical stories.